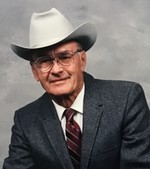 Glenn was born January 6, 1924 in Nimrod, Texas to the Late Finis Ewing Erwin and Eunice Armstrong Erwin. Glenn married Alma Dahmann in Ballinger, Texas on July 26, 1953, who preceded him on July 11, 2017. Glenn proudly served his county in the Navy from 1942 until 1946. He served aboard the aircraft carrier USS Thetis Bay in the South Pacific.

Glenn is survived by his eldest daughter, Elaine Erwin, grandson, Ian Whitlock, and former son-in-law, Frank Whitlock all of Austin; youngest daughter, Marla Moore, and her husband, Jack, of Lewisville; and numerous nieces and nephews.

All rights reserved. This obituary is also archived at obittree.com